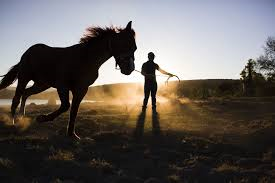 Ron graduated from Austintown Fitch High School in 1960 where he was very active in athletics. He played football, ran track but loved and excelled at basketball where his skills earned him the nickname, Stretch. He received a partial college scholarship for those skills.

While still in high school, Ron was an active member of 4H, the Fitch Trailblazers where he rode and trained horses which he just simply loved. He also had the honor of escorting Kathy Lemmon of the Lemmon Sisters at the Canfield Fair while in 4H.

After high school, Ron attended Ohio State University where he studied Early Childhood Education. Afterward he attended the Allied Institute of Technology in Chicago, where he earned a degree in Tool and Die, then gained employment with Wean United as a tool and die maker. After the plant closed, Ron drove tractor trailers. and eventually became an owner operated until retirement.

Ron made his home with his wife, Cecilia, who he married on October 20, 1990. They shared that home with their four-legged baby, Chrissy, in Austintown, OH. Over those thirty years, they enjoyed many activities include dancing like they used to dance on American Bandstand. Ron and Cecilia were known to be the best "bounce" dancers around and would go dancing as often as possible. Ron also loved motorcycles and most recently owned a trike which took many awards at area shows. He and Cecilia would participate in poker runs to raise money for various charities. Ron loved anything John Wayne or old cowboy movies and any Saturday morning, you would find him watching Laurel and Hardy while eating a snack. He loved all snacks. Ron was one of the best chess players around, so good luck beating him!

Ron enjoyed life to the fullest. I guess you can say, he really did have “a wonderful life.”

To send flowers to the family or plant a tree in memory of Ronald Wayne Catrone, please visit our floral store.

You can still show your support by sending flowers directly to the family, or by planting a memorial tree in the memory of Ronald Wayne Catrone