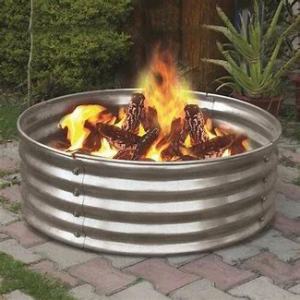 On Sunday, July 4, 2021, Terry "Big Redd" Joseph Bucklew, age 36, of Youngstown, passed away at St. Elizabeth Hospital Youngstown.  He was born in Youngstown on April 24, 1985 to James Solomon and Kimberly Ann (Raggozine) Bucklew.

Terry attended Chaney High School.  Though not married, his heart belonged to one, Courtney J Bush.  He spent twenty five plus years working in the valley, most of which was spent cooking at Rachel's Westchester in Austintown, or working alongside of his cousin, Gayle Hilton as a contractor.  Terry loved being a dad.  He was a man's man and enjoyed the outdoors.  Terry was always the first to go out and get a bonfire going, claiming some supernatural power that resided in his beard allowed him to start the perfect fire, with nothing more than a few strands.  He was a diehard Steelers fan and an avid member of The Fathers Coalition of Youngstown.  Always with a positive outlook and a kind word, Terry would try and make the best out of any situation and would go out of his way to get a laugh out of you, even at his own expense.

He was preceded in death by his dad, James Bucklew; his gram, Bridget; Uncle Bill; nephew, James Bucklew Jr; his dog and best friend, the "late" Duke.

To send flowers to the family or plant a tree in memory of Terry Joseph Bucklew, please visit our floral store.

You can still show your support by sending flowers directly to the family, or by planting a memorial tree in the memory of Terry Joseph Bucklew
Share a memory
© 2021 Funeral Services by Gary Silvat. All Rights Reserved. | Terms of Use | Privacy Policy