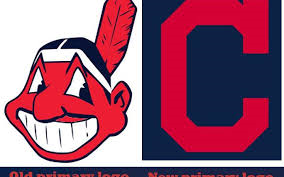 William Donald DeCarlo, Jr., who was known to family and friends as Butch, passed away on Monday, December 22, 2021 with family at his bedside. Butch was born in Youngstown, OH on January 22, 1957 to Wm. Don DeCarlo, Sr. and Clara M. (Wynn) DeCarlo.

He graduated from Poland Seminary High School in 1975 and attended YSU’s Dana School of Music, majoring in trombone. He also attended ITT where he studied drafting. He found his niche in driving big rigs and was proud of driving more than one million accident-free miles in his career.

Butch was an avid baseball fan and supported the Cleveland Indians his whole life. He played Little League ball and played for the West Side Baptist team in the church league. He loved ballgames with neighbor kids, teaching them about the game as they played.

In September of 2019, Butch received a liver transplant. He and his family thank the donor’s family for that unspeakable gift.

He leaves to cherish his memory his sister, Leigh Altier of North Lima, and her children, Marc (Bea) and Manda (Johnny); sister and brother-in- law, Lynn and Lee Clark of Poland, with whom he made his home, and their children, Alan (Lisa), Jason (Meagan), Betsey, and Philip; aunt, Janet Summer of North Lima; son, Wm. D. III “Billy” of Warren and children, Karyna and Isabella; son, Greg (Dawn) of Austintown and children, Avalynn, Michaela, and Ella; daughter, Jennifer Kornbau of Idaho and children, Natalie and Parker; daughter, Christine Faulk of Lisbon and children, Hunter, Troy, Cody, and Katelynn; and his ever-present furry kid, Max.

Butch was preceded in death by his parents; grandson, Zachary; and grandparents, Herb and Eva Wynn. He had a heart for all things related to military veterans and rode his Harley in the Rolling Thunder event in Washington, D.C. with great pride. The family requests material memorials be directed to the Wounded Warrior Project in his name.

A Celebration of Life will be held at 11 am on Saturday, January 22, 2022 at the Poland Village Baptist Church, 79 Hill Drive, Poland, OH.

To send flowers to the family or plant a tree in memory of William "Butch" Donald DeCarlo, Jr., please visit our floral store.